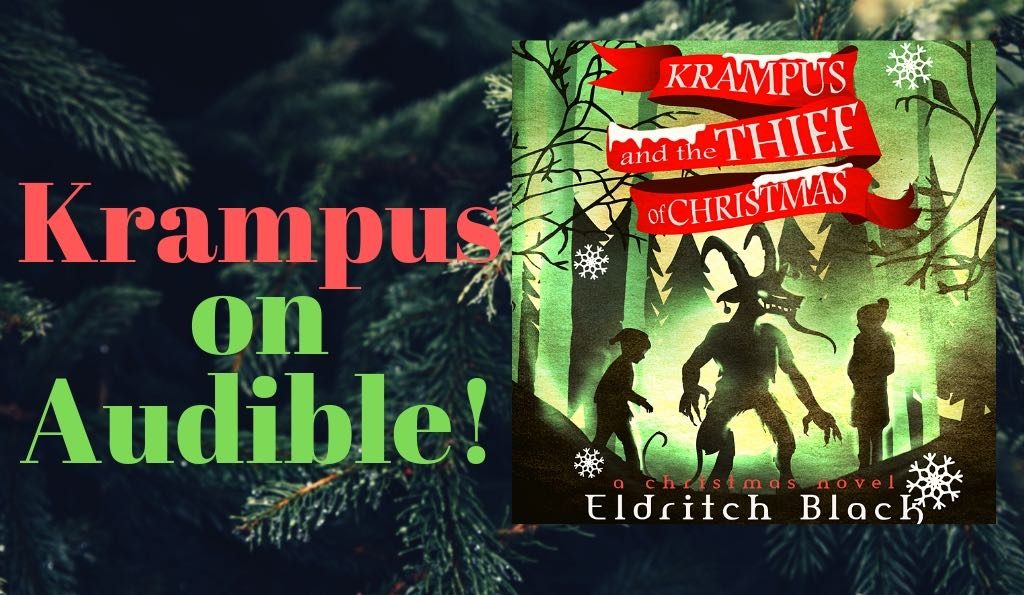 Yes, it’s here… a Christmas surprise in April, although of course it’s never too late or early for Yuletide spookiness. I’ve been wanting to release audio versions of my novels for years, and here we are! Krampus and The Thief of Christmas is the first new audiobook and there’s another coming soon (more on that later)…

Krampus’ phenomenally talented narrator, Hannibal Hills, has done an amazing job of bringing the novel to life. From Gabrielle and Percy, to the malevolent Matilda, from the boom of Father Christmas to the slinking sinister growls of Krampus himself.

Light and darkness, and more than a few laughs along the adventure.

I hope you’ll love it, no matter the time of year. And, if it’s too hot and sunny where you are right now (and if it is you have my deepest condolences), you can always pop on your player of choice and sit in a walk-in freezer, and pretend it’s darkest December. That’s the beauty of audiobooks, you can listen to them wherever you please!

So, Merry Springmas one and all!

Krampus and The Thief of Christmas 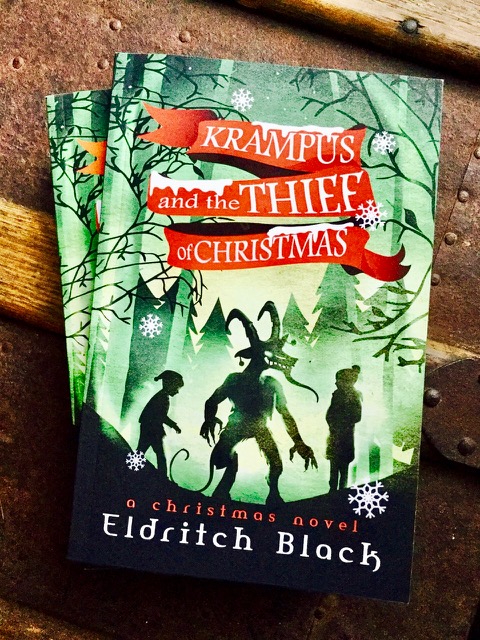 Seasons greetings! December is here, the nights are drawing in, the air is chilled, the perfect time to curl up with a good book…and to avoid the windows and doors. Just in case Mr. Krampus comes calling. It could happen.

You should be prepared if he comes a knocking on your door. Know your adversary. Understand the fiend. Arm yourself with a copy of Krampus and The Thief of Christmas!

As you can see from the image above, the paperback edition is now available, and I’m told each copy was handmade by a studiously working elf.

You should probably buy a copy now, just so you know what to do if in the future, on one dark night, you hear a tap-tap-tapping at the window. And while you’re waiting for your emergency copy of my new ever-so-slightly creepy Middle Grade Christmas book, you could also win a copy by clicking below.Good luck and here’s wishing you a most merry one this year.

Krampus and The Thief of Christmas

See the giveaway details
at Goodreads. 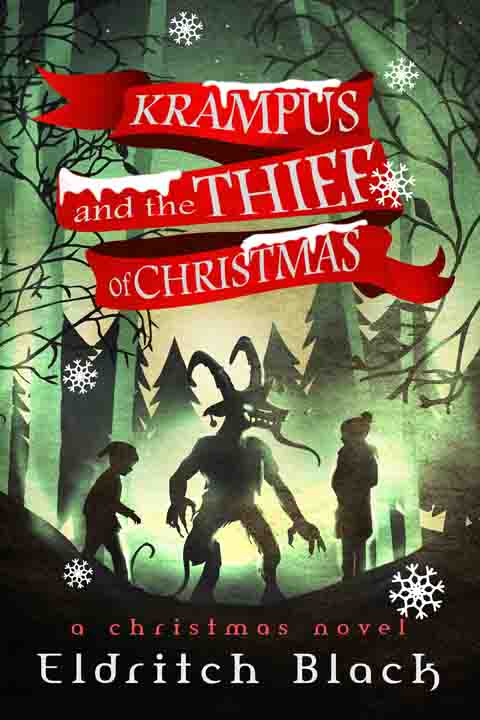 It’s hard to believe the two year anniversary of The Book of Kindly Deaths being published has just passed. Since then I’ve written quite a lot and new works are on the way, including my brand new novel Krampus and the Thief of Christmas which is now available.

Yes, I’ve written a book about him. Krampus the dark Christmas spirit who punishes children that have misbehaved. Krampus, the scary dark being who comes calling on Krampus Night (or Krampusnacht). That’s the 5th December – just in case you’re concerned. And if you are worried, because you know you’ve been bad, and you hear a tap-tap-tapping on your door, I’d hide and hope for the best.
Because he knows when you’re not behaving…

But of course Eldritch Black readers are never bad, indeed they’re good beyond measure. So to reward your goodness & all round sparkliness, I’m including a preview of the novel below.
Now, grab the Christmas Spirit by the horns!