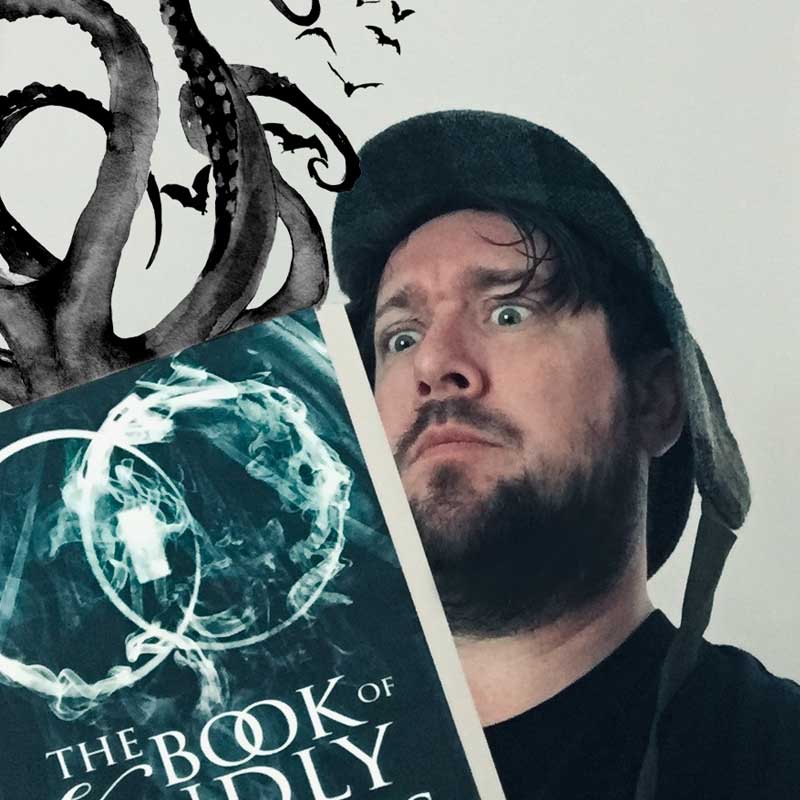 Do you love extraordinary characters, magical worlds and ghostly stories? If so, you’ve come to the right place. My name is Eldritch Black and I write fast-paced fantastical novels about eerie destinations, and adventures set in mysterious, hidden locations.

Looking for a spooky story set on a rather peculiar island (based on Whidbey Island where I live)? Then The Pirates of Penn Cove and The Day of the Jackalope is for you! Both books take place in my Weirdbey Island series and feature a secret organization called The Society of The Owl And Wolf, who you might very well need to know about. There’s unusual things on these shores and most end up in my novels…

I’ve also written about the most fiendish Krampus, read that novel now so you’re prepared for Krampusnacht. For more about this festively fearsome tale see Krampus and The Thief of Christmas.

Have you ever wondered where monsters go after dawn? Or where they came from in the first place? Then The Book of Kindly Deaths is for you…

If you enjoy tales of dark Victorian Gothic mystery, Steampunk and Gaslamp Fantasy, The Clockwork Magician will be of interest. I also have short stories concerning the heroes from that book, Jake Shillingsworth and Professor Thistlequick, which you can find in The Mysterious Case of Spring-Heeled Jack and The Ghosts of the Tattered Crow.

I do hope you enjoy these strange and unusual tales, there’s many more on the way!

The Curious Origins of Eldritch Black 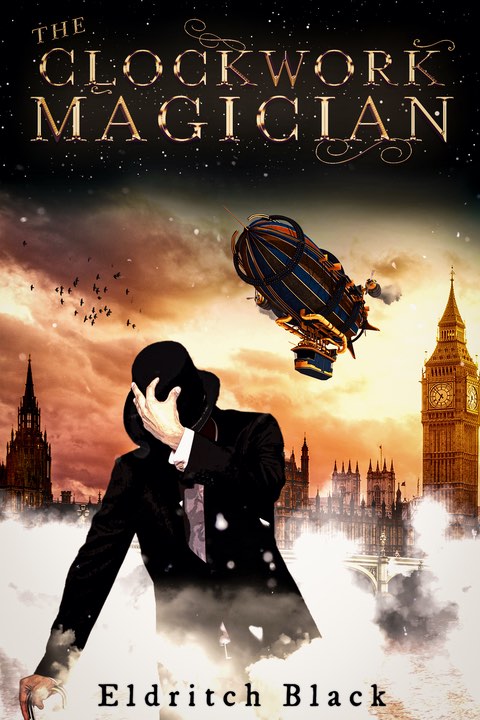 I was born in London, England and grew up with a deep love of the fantastical, strange and spooky thanks to an unfortunate incident in The London Dungeons where I came across a hooded monk that I thought was a waxwork. That was a mistake, because it turned out to be a living, breathing human being. Or maybe a ghost… Whatever it was, it scared the life out of me, as did the Victorian house I lived in with its ever dark, terrifying basement lurking below our apartment. Both these things became sources of inspiration for my tales of the peculiar.

Fast forward a few decades and I moved to Whidbey Island in the United States, a small island near Seattle. There’s still a basement below the house, but it’s of less concern than whatever it is that prowls in the woods outside…

There’re strange creatures out there that gibber in the night and eyes that glow from the darkness between the branches. Thankfully, we have four fierce cats that make exceptional guardians/decoy’s for encounters with horrors and beasts.

And now, I must return to the crypt, there’re stories to write and monsters to catalog.