Dive into Eldritch Black’s Spooky Stories and venture into a wondrous collection of astonishing tales. Within this book you’ll find seven eerie stories and oddities that will sweep you away to other worlds. 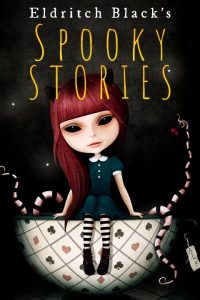 You’ll encounter twisted trolls, and vengeful Victorian ghosts. Discover mysterious potions that aren’t what they seem, and teenage witches battling fairytale foes. Unearth the legendary Spring-Heeled Jack, as well as the trials and tribulations of an elfin Letter Getter, while relentless Pumpkin Men, and the most fearsome Yule Cat haunt and prowl the night.

Spooky wonders, scary secrets and dark enchantments abound in this spine-chilling collection! Read these awesome adventures right away…
IF YOU DARE!

Spooky Stories is available in all good bookshops.

A spooky carnival. A Haunted House that isn’t what it seems. A dangerous truth waiting to be uncovered. 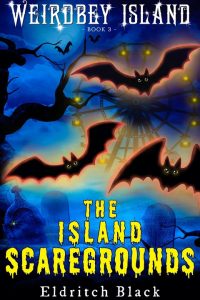 Something terrible is haunting Dylan Wylde; an ominous figure in the woods that could ruin his life forever.

Just when he thinks things can’t get worse, a strange carnival comes to town, and something dark lurks behind its bright twinkling lights. Something sinister. Something that has the ghosts of  Weirdbey Island seriously spooked.

Phantoms run rampant as a dastardly plot unfolds, one that will push Dylan and his friends to their limits. Can they face their deepest fears and strike back before the wicked forces plunge the island into eternal darkness?

The Island Scaregrounds is book 3 in the Weirdbey Island Series. 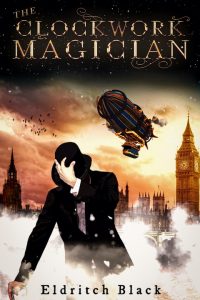 The Clockwork Magician is for anyone who enjoys dark magical tales with a touch of Gaslamp Fantasy and a twist of Steampunk Adventure.

The Day of the Jackalope 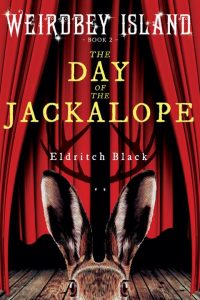 The Day of the Jackalope is book two in the Weirdbey Island series.

The Pirates of Penn Cove 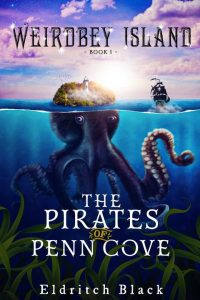 The Pirates of Penn Cove is for readers who love spooky magical adventures, Goosebumps and Stranger Things.

Krampus and the Thief of Christmas 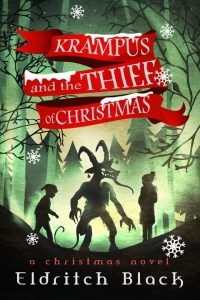 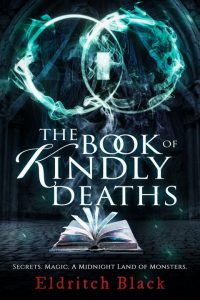 Eliza Winter’s whole world is turned upside down when she discovers a hidden room in her missing grandfather’s sprawling Gothic house. Inside the room, below a stained glass window where moonlight shines no matter the hour, waits The Book of Kindly Deaths.

Desperate for clues for grandfather’s whereabouts, Eliza opens the book of ominous, enchanted tales and soon discovers that nothing is what it seems, and that sometimes fairy tales are true…

When a sinister man claiming to be a book collector arrives at the house, Eliza realizes there’s far more at stake than she could have ever imagined.

Now Eliza must battle her darkest fears to save her family from the book’s guardian, the terrifying ghoul Grim Shivers. Soon she is forced to travel into the heart of the Grimwytch, a haunted world of terrifying monsters where it’s forever midnight.

The Book of Kindly Deaths is a fast paced YA dark fantasy novel brimming with mystery, hidden stories, terrifying horror, and a land of magical adventure. 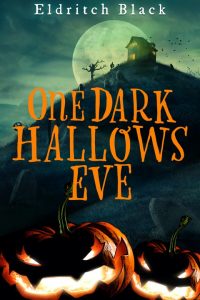 Beware it’s Halloween and the Pumpkin Men are coming…

It’s All Hallow’s Eve and Owen Weeks is not having a good day.
Something stirs in the lake by his house, the dead leaves beneath this shoes crunch like bones, and even the brambles seem to twitch when he’s not looking.
Nothing’s right.

But things get a lot worse as Owen discovers a terrifying stranger hiding in an abandoned farmhouse. A dark spell is invoked. Old magic, magic that raises a terrifying horde of nightmarish creatures.

As the monsters descend upon the village, Owen realizes there’s only one place left to go…across the lake.
But can he survive the horror of the legends said to live below its muddy waters?
The clock ticks towards midnight, and soon it will be the hour of the Pumpkin Men and of ancient terrors from a distant land.

One Dark Hallow’s Eve is a lost tale from Eldritch Black’s The Book of Kindly Deaths. Read it now and slip into a timeless world of dark fantasy and Halloween horror.

The Ghosts of The Tattered Crow 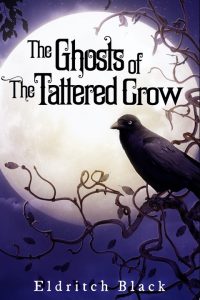 It’s Halloween and the ghosts of Victorian London are stirring…

Shadows fall across the city as a cold, dreary Halloween evening draws in. Jake Shillingsworth, serving boy in London’s most notorious Inn The Tattered Crow, is about to discover some ghostly truths.

Hidden eyes watch from empty rooms and something lurks in the attic above Jake’s squalid room. Shuffles, scratches, and scrapes echo from above in the dead of night.

When Jake returns from a mysterious errand for his odious master, he soon finds himself thrust into a terrifying adventure. Accosted by a strange old man, Jake hears a bone-chilling tale of a ghost from the past, black magic and bloody revenge.
And as the clock ticks towards midnight, Jake’s forced to confront the dark presence lurking in the shadows of The Tattered Crow, like a spider waiting in a ghostly web.

The Ghosts of the Tattered Crow is an eerie, short dark story of ghost-hunting and magic in darkest Victorian London, and a tale to unsettle and bewitch readers of all ages.

The Mysterious Case of Spring-Heeled Jack 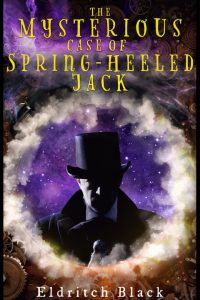 Fiddlesticks and mustard! Professor Thistlequick’s day is becoming stranger by the hour. Strange, and utterly frustrating. For despite stumbling upon a new dimension, one that opens to who knows where – his experiment’s about to fail.
Unless of course, he can acquire magical ingredients that are both rare and exotic (and highly illegal).

The hunt is on! Fastening on his top hat and coat, Professor Thistlequick races across London as he searches for a most unusual shop – one that doesn’t tend to be in the same place very often.
Soon, the Professor finds himself entangled in a web of dark magic, great inventions, and demonic plots.

The Mysterious Case of Spring-Heeled Jack is where dark fantasy horror meets Steampunk adventure in a short scary story sure to enchant and terrify readers of all ages. 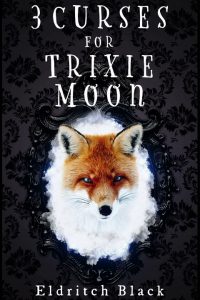 Trixie’s Moon’s life is going from bad to worse. First there’s the black eye, and then there’s the even blacker cloud hanging over the fields over her tiny countryside cottage.
A strange force rustles in the trees, and something long forgotten stirs in the shadows beneath the old bridge.

When her father leaves for the weekend, Trixie’s thrilled to finally get a taste of freedom.
Until a series of sinister omens appear.

As wicked forces draw ever closer, Trixie finds herself fighting to survive in a clash of magic, myth and enchanted evil.

Three Curses for Trixie Moon is a fast paced coming-of-age YA faerie tale of enchantment, magic and dark adventure.

The Festival of Bad Tidings 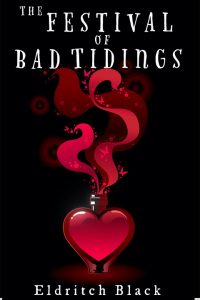 Thirteen year old Ivy Armstrong’s sick of life in Little Puddington. She’s sick of the Festival of Love & Sweet Tidings, her lovestruck parents, and especially sick of the repulsive syrupy poems left on her doorstep each morning.

Life’s dire, but it’s about to get a lot worse. The Festival of Love & Sweet Tiding’s opens in two day’s time and Ivy’s just discovered she’s about to be a part of it. Words will be read out loud to the whole village, words that could humiliate Ivy for the rest of her life.

Desperate to escape a fate worse than death, Ivy journeys into the tangled woods, searching for help from a mysterious old witch known as Mad Hattie.
But she soon finds far more than she bargained for.

The Festival of Bad Tidings is a bewitching YA coming-of-age tale of dark enchantment, terrible trickery, and unrequited love.