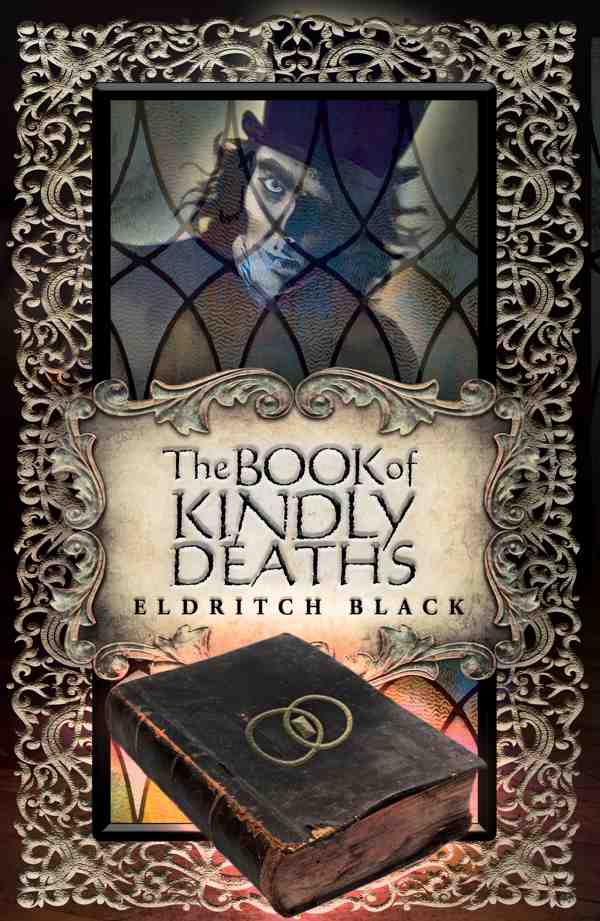 Ive been waiting to show off the cover for The Book of Kindly Deaths from the very moment I saw it. To say I was thrilled is in an understatement of epic proportions.
But the cover had to stay under wraps in the crypt with the mumbling things until everything was ready and correct. Well now, on this chilly December day, it’s ready to be revealled in all of its stunning glory.

The cover was created by the hugely talented novelist and artist Lisa Amowitz who was not only a total pleasure to work with, but grasped the darkness, creepiness and nightmarish magic of the story straight away. Needless to say, if you’re looking to get a book cover, I’d highly recommend vistiting Lisa’s website.

The Book of Kindly Deaths itself is due to be published in June 2014 by Spencer Hill Press. The idea for the story came to me while sitting on a train in England and looking out the window to spot a rather menacing, squalid old door in a train tunnel. It didn’t look as if it had been used in years. And neither did it look like it should be used.
At the same time I’d been working on a story about where all the monsters go when they’re not “here”. i.e. after they’ve finished prowling the moors, lurking in the foilage and scratching across the floorboards.
Putting two and two together, I came up with an answer to the question.
For behind an ancient door in a train tunnel, is a land where monsters dwell.

Below is the book blurb for The Book of Kindly Deaths. It should not be read by any souls of nervous dispositions and certainly not by anyone who has heard scrapings beneath their bed of late.
Because you really do not want to invite them out, believe me…

WHAT WOULD YOU DO IF THE MONSTERS IN A BOOK BECAME REAL?

When twelve-year old Eliza Winter finds a secret room in her missing grandfather’s sprawling, Gothic house, her safe, sheltered life is blown apart. Inside, below a stained glass window where moonlight shines no matter the time of day, sits The Book of Kindly Deaths.

In defiance of her controlling mother, who has always forbidden her to read anything strange or imaginary, Eliza takes the book. As night sets in Eliza reads one haunting story after another. And the further she journeys inside the book, the more the boundaries of our world and a shadowy land of monsters and forbidden places begin to blur.

When the strange, crooked man from the book arrives on the doorstep claiming to be a rare book collector and demanding entry into the house, Eliza’s world is turned upside down. To escape him she must dive all the way into the spine-tingling world of The Book of Kindly Deaths to save her grandfather—and write an end to the nightmare she’s caught inside.