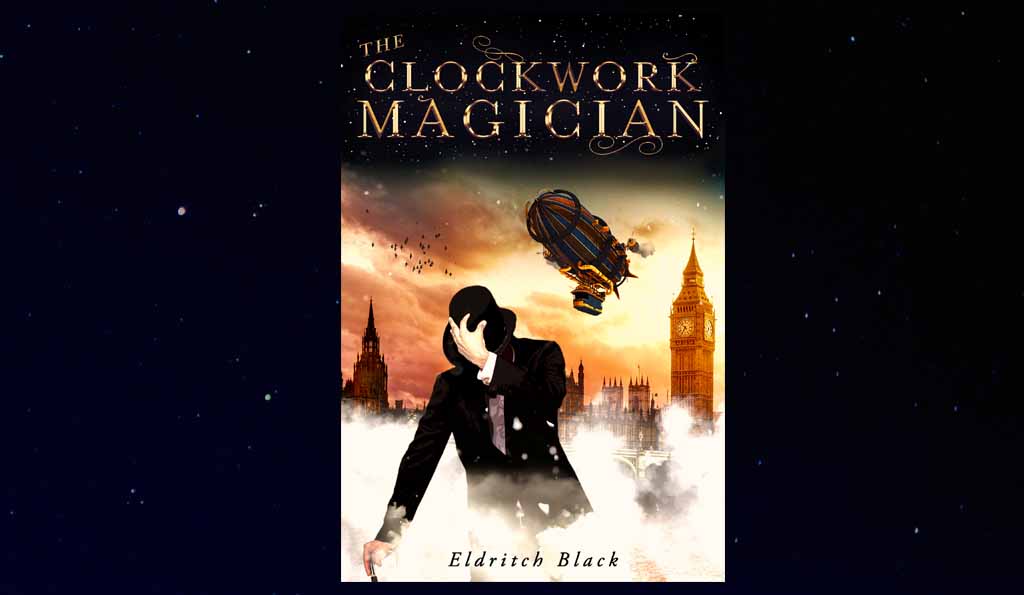 It’s here at last, my new Gaslamp Fantasy novel with a twist of Steampunk, The Clockwork Magician!
The novel has been ten years in the writing and during that time it’s had almost as many incarnations as Doctor Who. This seems appropriate because I describe the adventure as Doctor Who meets Sherlock Holmes in an imaginary, magical London.

Originally, the book was a much shorter children’s story based on the silhouette art I made for my wife’s Steampunk Jewelry and art store, London Particulars.
The images traced the journey of the plucky Professor Thistlequick and his cat companion Happiness. Happiness’s silhouette in the artwork is our cat Bing (named long before the search engine). 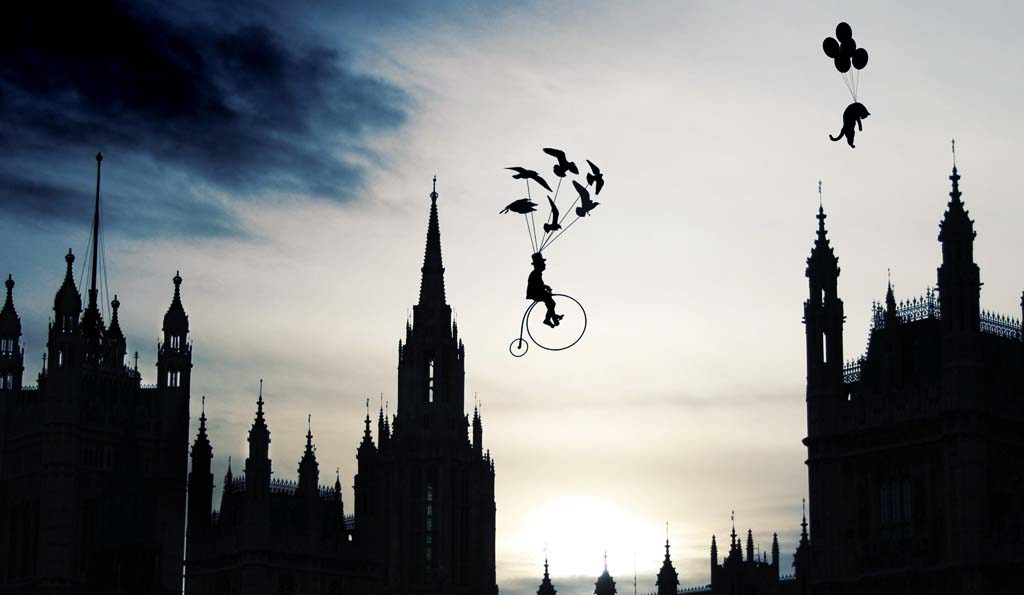 The pictures sold well on Etsy and I had many people contacting me asking if I’d write a book, so because it wasn’t quite ready, I released two short stories; The Ghosts of the Tattered Crow and The Curious Incident at Gloamingspark Yard. The first is a short story about Jake Shillingsworth and a haunted London Inn, the second concerns Professor Thistlequick and a dark encounter with the fiend Spring Heeled Jack.

I finished the first draft of the book in 2009 but didn’t quite know where it rested, so I rewrote it as a longer novel, and its second carnation had the working title ‘Shadows Over London’ (a nod to Shadows over Innsmouth).
I’ve since reworked the story and now it’s in its final carnation as ‘The Clockwork Magician’, a Gaslamp Fantasy Adventure.
The strings have been cut, and the story is ready to fly out into the world!

Here’s the blurb so you can learn more and there’s a preview below. The audiobook is finished and working its way through Audible’s publishing process and the narrator, Hannibal Hills, has done stunning work in bringing the characters to life in a whole new way. I can’t wait for you to hear the Professor, Jake and the grotesque Silas Grumble.