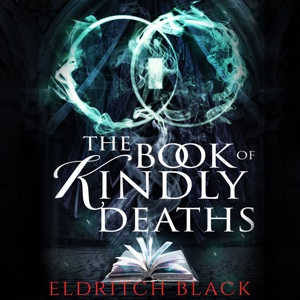 Yes, it’s here! The Book of Kindly Deaths is now available as an audiobook!
Hannibal Hills, the very same narrator who did such amazing work on Krampus and The Thief of Christmas has done another wonderful job of bringing my words to life.

Not only has Hannibal voiced Eliza, but each of the characters from the variety of short tales within the book as well. Grim Shivers broods and menaces, the Wrong People are both humorous and horrific, and he caught the chemistry between Eliza and Shard perfectly.
I had so much fun ‘proof-listening’ to this audiobook and I think you’re going to love it.

The Book of Kindly Deaths is available now on Audible, iTunes and Amazon and there’s a short clip below for your listening pleasure 😀 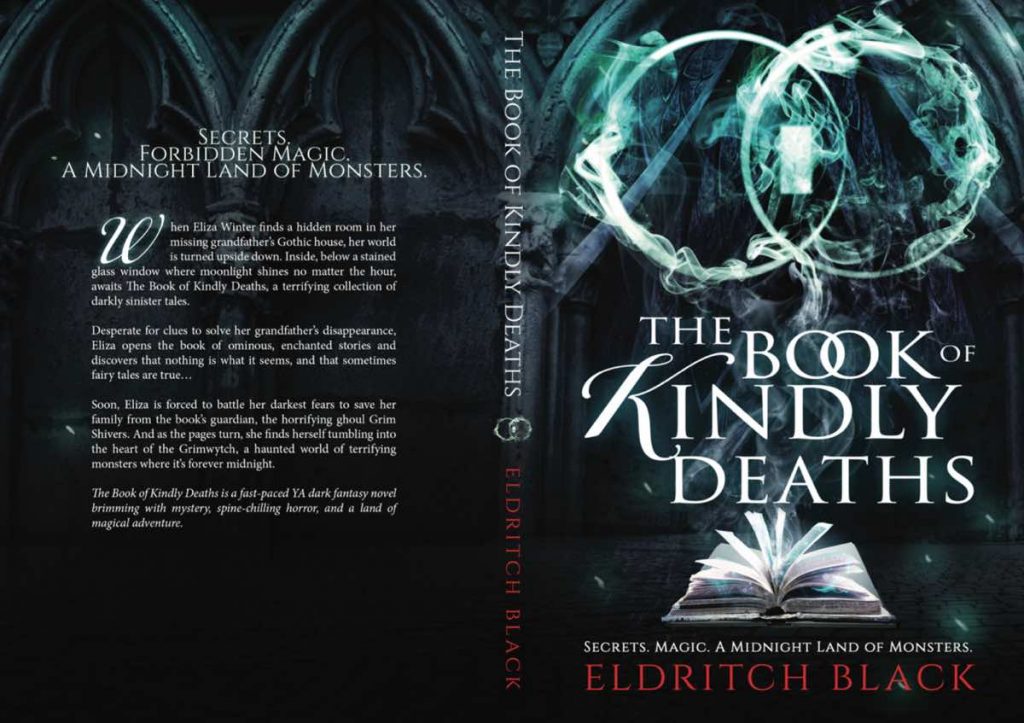 Your eyes are not deceiving you, The Book of Kindly Deaths has changed! It happened one icy, coal black morning when I woke to find the cover was different… that somehow it had transformed while I’d slept. The entire matter was a dark mystery of course. It was still gloomy in the house (I cannot rise during the sunlit hours) and as I looked up from the strange, swirly new cover, I swore I could see two pinprick eyes glowing in the shadows behind the book. Grim Shivers? It’s possible. As you may know, anything’s possible with The Book of Kindly Deaths… I hope you enjoy the new cover. If you’d like to see it in the wild, it’s now available in many places! Amazon, Kobo, Apple Books, Barnes & Noble – everywhere! And despite the new cover the pages still rustle at midnight, and now and then you can hear faint growls and screams issuing from the ever-restless stories. 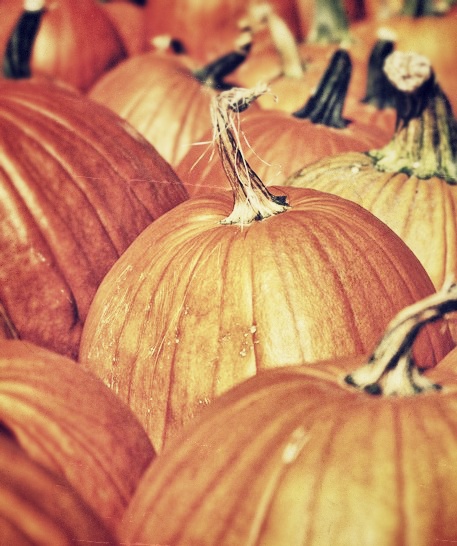 The following excerpt came from a weathered old tome I found on the shelf of a tiny bookshop in Edinburgh. Both the bookshop and the street where it resided have long since vanished, and all attempts to find either have proven fruitless. Thankfully, I was so puzzled by the following passage that I made note of it. You may question, as I had, if the following is fiction or a prank, but the odd…qualities of the original manuscript convinced me of its truths. The book itself held declarations of another realm; a place called the Grimwytch. A land where a monstrous people seek to protect themselves from humans on Halloween night. Or Narroweve as they call it.

On protection from humans on Narroweve

It is a singularly strange fact that human beings, or Drearspawn as most of us more accurately call them, are absolutely terrified of Narroweve. On this night, which they call Halloween, they wear costumes that make a mockery of us denizens of the Grimwytch. Ironically, the purpose of this is a wretched attempt to fend off the very same spirits we too seek to be free of on this night.
But alas, human beings tend to wander like lost sheep on Narroweve and from time to time they slip through the veil into the Grimwytch. And from there cause all manner of havoc, disturb the peace with their perpetual screams and gibbers, and even go as far as to attack our citizens. So here, for your consideration, are five ways to repel humans.

Distilled Essence of Fear
Pure Essence of Fear is both difficult and expensive to acquire. Fortunately there are merchants, particularly in the market on the Vashhaal wharf, who can procure such things. So if your funds are plentiful, Essence of Fear will make a most effective remedy to repel humans. Simply spray it into their ears, allow it to spread and creep, and their fevered minds will take care of the rest.

Lumpathumps
While Lumpathumps are difficult to find on account of being invisible, you should be able to lure them using fried rat tails or copper pennies. Lumpathumps make perfect deterrents and are especially effective in warding off young humans. This is due to their propensity for hiding beneath beds, as well as the fearsome noises they make when threatened by a din of snoring.

Spiders
Oddly, spiders are a very common fear for Drearspawn. Why these friendly and articulate pets bother human beings is certainly beyond this writer’s comprehension. And whilst I’d never condone frightening a spider with a human, needs must as the drivel drives.

Cheesedung fly
As there are spiders, so there are flies. And the almost indescribable stench of a Cheesedung fly, especially one gathered at dusk, is enough to deter even the angriest of Hoardspikes let alone a Drearspawn. Needless to say coating oneself in a scent so vile should be a last measure as the wearer can expect to carry this most noxious scent for the rest of their life. Or lives.

Hackthins
While it should be noted this author has little regard for Drearspawn, I do not mean them harm. I only wish they’d leave us in peace and that our citizens would stop opening the portals between our worlds. But if a human is armed and intent on causing mischief, then let the Hackthins at them. And whatever’s left will almost certainly make a most pleasant purse or scarf.

So now you have five means to repel humans. Although removal and disposal of them is another problem entirely. See chapter five for more on this troublesome topic.

Addendum
After noting this intriguing passage, I discovered a so-called novel by a writer called Eldritch Black titled ‘The Book of Kindly Deaths’. This rather strange author has portrayed the Grimwytch as fiction in his book of very curious stories, but it’s quite clear to me that the monsters he chose to write about are terrifyingly real.
You can win a copy of The Book of Kindly Deaths on Goodreads from now until November 9th 2015, and read a lost tale from the book here. 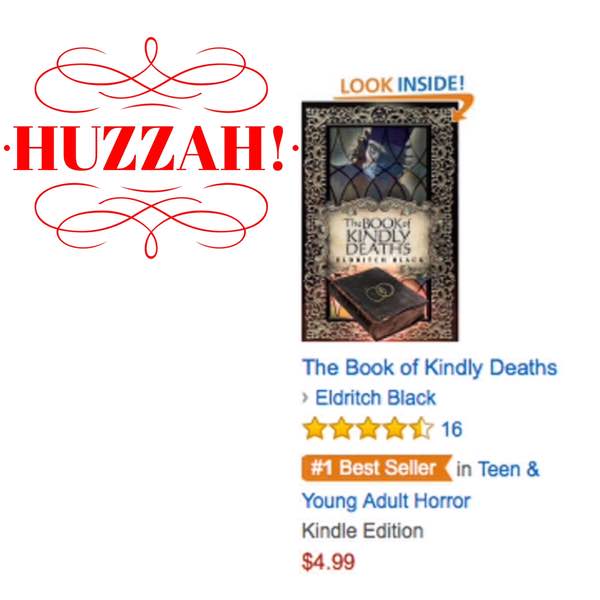 There has been cause for celebration here in my woodland lair. Crows have cawed, bats have blazed through the air and frogs have croaked in the fog.
As mentioned in yesterday’s post, The Book of Kindly Deaths has been featured in Amazon’s Daily Deal. Cue constant refreshing of my Internet browser as I watched it climb the Amazon Sales Rank…until my head felt like it was full of tiny fish, and my eyes were pebbles.

I woke today to find the book in the Amazon Top 100, which was a perfect way to start the day! Naturally, I’m over the moon in a top-hat shaped balloon, and writing this post from somewhere near Jupiter. I’m also incredibly grateful for all the lovely people who purchased the book, tweeted and shared it, and left many wonderful reviews.

Here’s some quotes from the reviews, and links so you can read the full reviews 🙂

“There are so many things to love about The Book of Kindly Deaths, Eldritch Black is so descriptive that I couldn’t help but be delighted when picturing the hoardspikes, hackthins, and aranachiros that frequent the land of Grimwytch. The characters were layered and mysterious, and their stories left me wanting more. This is the perfect type of book to pick up if you are a fan of the darker side of middle grade novels. Fans of Claire Legrand and yes, even Neil Gaiman will be delighted to read about the monsters that frequent this land.”
http://bookstakeyouplaces.com/2014/10/13/the-book-of-kindly-deaths-by-eldritch-black/

“One of the things that I loved the most about THE BOOK OF KINDLY DEATHS is the world. I don’t mean the real world England that is the Eliza’s home, even though that’s certainly fine and plenty dark, especially when we get a glimpse into the stories of the monsters’ victims from the book. I mean the world beyond the window where the monsters live. WHAT AN AMAZING PLACE. It’s dark, literally and figuratively, and the inhabitants are perfect—vicious, dangerous, sometimes evil, grotesque, and scary.”
http://www.trippingoverbooks.com/2014/10/10/book-review-book-kindly-deaths-eldritch-black-2/

“I am not afraid to admit that I was sincerely creeped out while reading THE BOOK OF KINDLY DEATHS. Not like I needed to put the book in the freezer (LOOKING AT YOU GONE GIRL) but definitely felt creepy crawlies and had to have the light on while I read just to make sure everything was legit. Yeah, this is a middle grade book, but the kind of creepy that Eldritch Black infuses transcends age and keeps you on the edge of your seat!”
http://www.bookishbroads.com/2014/10/review-book-of-kindly-deaths-by.html

“When the story crosses over from the ordinary world to the dark alternative world of the Grimwytch, it’s like Edgar Allen Poe, Hieronymus Bosch, and the Brothers Grimm got together and repopulated the world on the other side of Alice’s Looking Glass. Wondrous, nasty, and unforgettable!”
Link

“What I loved the most about The Book of Kindly Deaths is it was easy to form a mental image of the scene and characters as they were described in the book. On a number of occasions, I found myself thinking of a possible comparison. The author that kept coming to mind is Neil Gaiman, and his books The Graveyard Book and The Ocean at the End of the Lane, which both revolve around pre-adolescent characters. I also loved the fact that while this book called be called fantasy, it’s a little darker too.”
Link

“The characters are unique and interesting, and most importantly – believable. The setting is absolutely amazing, and the various stories within the greater story are compelling. Heroes are here, as well as villains, but none are one-dimensional. The best of them have doubts and foibles, and the worst of them have their own reasons for what they do. There are ethical challenges and moral choices, and the consequences of a poor choice can be dire, but the right answer isn’t always evident.”
Link 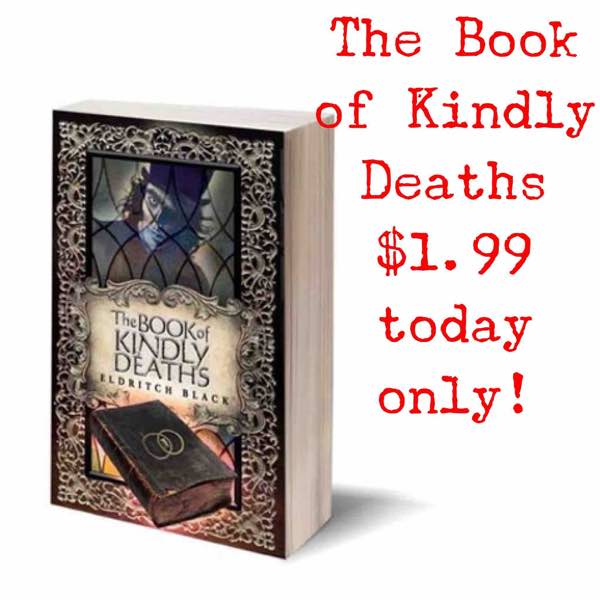 Do you ever wonder where monsters come from? You should…because it’s best to know where they are at all times. That way you can avoid them.
And now you can, for The Book of Kindly Deaths documents the eerie and strange lands of the Grimwytch. And today, you can buy this dreadful, fantastical story and guide to the realm of monsters at a reduced price. For one monstrous day only!
So go now, interpid adventurers, and lose yourself in The Book of Kindly Deaths…

Greetings and felicitations.
How time flies when you’re writing novels. I lifted my head up from my quill and ink (or laptop, to be more accurate) to find winter gone, and the Fool’s day looming. This is a favourite time of year, as I wait for the ghost in the wall to start scratching at 3am on April Fool’s, just as she does every year. Or the spider left in my shoe to bite my toes (a trick our most sinister cat likes to play). And then there’s the gibbering beast in the woods. Who knows what foul tricks he’ll play this year…

Moving on from dark antics, I’ve been hard at work over the winter. A new novel is almost finished and another two are being planned. So expect to see some new work soon! But for now, I wanted to let you know you can win a signed copy of The Book of Kindly Deaths simply by registering for the giveaway below.
Good luck, and Merry Fool’s Day for next week…

See the giveaway details
at Goodreads.