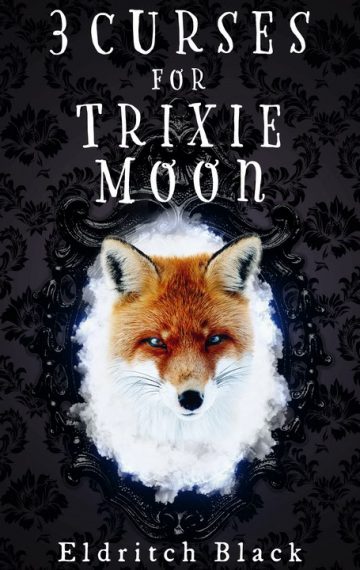 Trixie’s Moon’s life is going from bad to worse. First there’s the black eye, and then there’s the even blacker cloud hanging over the fields over her tiny countryside cottage.
A strange force rustles in the trees, and something long forgotten stirs in the shadows beneath the old bridge.

When her father leaves for the weekend, Trixie’s thrilled to finally get a taste of freedom.
Until a series of sinister omens appear.

As wicked forces draw ever closer, Trixie finds herself fighting to survive in a clash of magic, myth and enchanted evil.

Three Curses for Trixie Moon is a fast paced coming-of-age YA faerie tale of enchantment, magic and dark adventure.

Read this short story today to slip into a world both far away and yet strangely familiar.