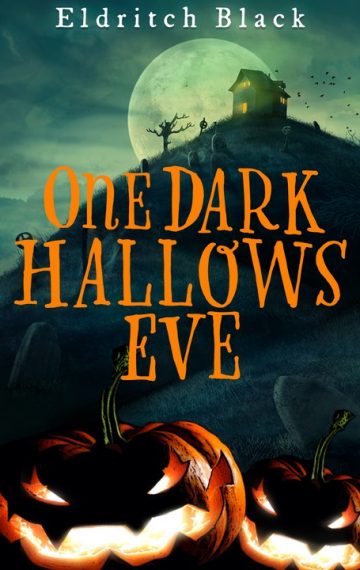 Beware it’s Halloween and the Pumpkin Men are coming…

It’s All Hallow’s Eve and Owen Weeks is not having a good day.
Something stirs in the lake by his house, the dead leaves beneath this shoes crunch like bones, and even the brambles seem to twitch when he’s not looking.
Nothing’s right.

But things get a lot worse as Owen discovers a terrifying stranger hiding in an abandoned farmhouse. A dark spell is invoked. Old magic, magic that raises a terrifying horde of nightmarish creatures.

As the monsters descend upon the village, Owen realizes there’s only one place left to go…across the lake.
But can he survive the horror of the legends said to live below its muddy waters?
The clock ticks towards midnight, and soon it will be the hour of the Pumpkin Men and of ancient terrors from a distant land.

One Dark Hallow’s Eve is a lost tale from Eldritch Black’s The Book of Kindly Deaths. Read it now and slip into a timeless world of dark fantasy and Halloween horror.